You are here: Home › Industry Insights › Countdown to #DevLearn: Beyond the Buzz of #Microlearning 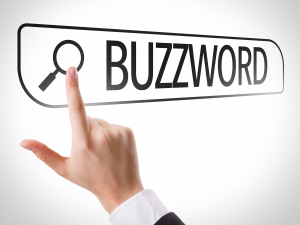 Microlearning is arguably the hottest buzzword in our industry. That’s a problem for me, because, if I’m being honest, I HATE buzzwords. There’s a fairly simple reason I hate buzzwords. I believe they contribute to bad practice.

Let’s start with my definition of a buzzword:

Buzzword: A term whose usage is spreading faster than its understanding.

That’s what happens with a buzzword. It becomes so popular that people assume it’s a good thing and start using the term and applying what they think the term means before they’ve really had a chance to explore the meaning and value of what the term is.

That rush to jump on the bandwagon leads to people applying ideas and practices that at best not fully vetted, or at worst based on misinformation.

Microlearning as a Buzzword

Let’s get back to microlearning as an example. Here are a few points about microlearning that I found online via a few minutes of Google searching.

All of the points above are at least misleading, and in some cases, flat out wrong. And yet, they also represent the assumptions a large percentage of people have when they jump on the microlearning bandwagon without pausing to learn and, more importantly, put what they learn into the context of what they do.

The Value of Microlearning

So am I saying microlearning is a bad thing? Not at all.

Then am I saying it’s a good thing? Not really. To say that requires context to how it’s being applied.

What I am saying, for microlearning or whatever buzzword takes our attention next, is that we need to ignore the buzz and look at why the buzz exists. That’s going to help us determine the value it may have in the work we do.

The one big takeaway I find in the microlearning conversation our industry is having is that it’s shining a spotlight on our ability to support learning and performance in less disruptive ways. It’s reducing our habit of using “training” as the automatic default solution, and that’s a good thing. 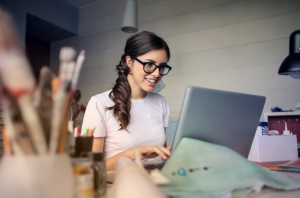 The conversations around microlearning are also enabling us to shift away from a focus on content and towards a focus on context. It’s about looking at what someone is doing at a particular moment and what resource is needed to help that person be successful.

It’s in those moments, where the right resource is available at the right time to help someone solve a problem in their work, that the promise of microlearning comes to life. That’s what we should be striving for when we look at adding microlearning to our design approaches.

Learn how to Put Microlearning Design to Work

The principles described in this post in many ways formed the foundation of our new event, The Microlearning Design Summit, co-located with the DevLearn Conference and Expo this October. We’ve invited three leaders from the microlearning space – Carla Torgerson, Diane Elkins, and JD Dillon, to take people on a journey similar to the one I’ve touched on in this post.

It’s a day of demystifying microlearning and more importantly, exploring when, where, and how to put it into practice. You’ll spend the day exploring different types of microlearning resources and work on building assets that can be applied to real business scenarios.

If you’re interested in breaking through the hype and seeing how microlearning can be used to enhance the solutions you design, consider joining us for the Microlearning Design Summit, October 22nd.