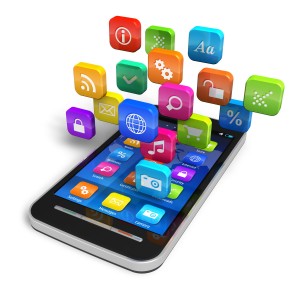 The term “mobile learning” has been around for quite some time, with its use starting even before the first iPhone was released. It’s a term that we’ve been using for over a decade, and yet, I would argue that the concept of mobile learning is still new. Here are a few examples of what I mean.

For the majority of people reading this post, the concept of walking around with a smartphone that is fully integrated into our daily lives is completely normal. That integration and normalcy is hardly ubiquitous at an organizational level.

There’s a lengthy adoption curve involved with mobile for an organization, and how far along you are in that adoption curve varies based on a number of factors, with organizational type, size, and culture being three major ones. Even though the term “mobile Learning” is no longer new, a large number of organizations have yet to take their first step down this path, or have only dipped their toe in the water of the mobile learning pool.

So while the concept of mobile learning may not be new, the reality of it is still uncharted territory for a large percentage of organizations.

Adoption curves are often well-defined. They in many ways mirror the format of a marathon – a lengthy journey with a starting point called “just getting started”, and a finish line called “full adoption”.

The mobile learning adoption curve doesn’t work that way. While the starting point of “just getting started” is the same, the finish line is one that is constantly being pushed further back. It’s like reaching the halfway point in a marathon and then realizing the finish line was just moved five miles further back.

This is due to the rapid advancements continually taking place in the mobile technologies space. Each new iteration of today’s smartphones opens up new doors. Even organizations furthest along the mobile adoption curve will have new questions to ask and new possibilities to explore as each new smartphone is released.

One of the main reasons I see mobile learning as new is that there’s still so much of the existing functionality residing in these technologies that we haven’t fully taken advantage of.

Think about all the ways you use your smartphone in your everyday life. Now contrast that against how most organizations leverage smartphones as part of their learning and performance strategy. There’s a huge gap there, most of it caught up in the constraints of the lens through which we see the work we do.

If we’re going to harness the full potential of mobile devices, then we need to see these devices, and our role in using them, with fresh eyes. It’s only by letting go of blinders of “what we do”  that we can fully explore the possibilities of “What we could do”.

The smartphone you carry in your pocket likely offers a variety of capabilities that have never been part of the training and elearning paradigm before, such as GPS, mobility, a camera, and accelerometer, NFC, media creation capabilities, and much more. Even many of the organizations that have been using mobile for years have yet to explore some of these features, and these untapped unique affordances allow the concept mobile learning to still be new for a large percentage of today’s organizations.

Embrace the New World of Mobile

Mobile learning isn’t separate from your overall organizational strategy; it’s simply a part of it. However, the factors listed in this post, as well as other factors, make the reality of what “mobile learning” is new in some context for the majority of organizations.