This guest post comes to us from Jonathan Halls, author of Rapid 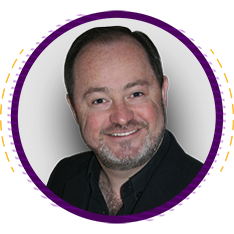 Video is a powerful tool to extend learning beyond the classroom. Whether it be online, virtual, or delivered to learners in a brick and mortar classroom, video also has the potential to bring the world into the classroom.

And in today’s world, just about anyone can create training videos using their smart phone. But how can you ensure they look polished and professional? Do you need a camera app? Does it matter whether you’re using an iPhone or Droid? Here are four universal principles to ensure your training videos filmed on smart phones get that extra polish, without fancy camera apps and regardless the type of phone.

Professional video cameras provide a lot of control over lighting with functions such as iris and shutter speed. These settings enable TV and film crews to compensate for locations with poor lighting. Smart phones, however, don’t have these manual functions and struggle with low light. So, it’s important to ensure there is plenty of light on the person or object you are filming. Even though smart phone cameras automatically adjust exposure, low lighting conditions can still make your videos look grainy.

Having enough light isn’t the only thing to remember about lighting when making training videos with your smart phone. It’s important to position the person or object so that the light is shining on them. If the light is behind the person, that is, shining towards the camera, the object you are filming will be a silhouette. This happens when filming someone in front of a window – an easy to mistake when filming in a hurry.

Do what you can to get into the habit of making sure there’s plenty of light on your object or person before you hit the record button. If you can’t find good lighting, try moving people or furniture around to ensure everything is well-lit.

The cameras embedded into most phones are incredibly sophisticated. But sometimes they are too clever for their own good.  I’m thinking about auto functions like auto focus and auto exposure.

If you talk to a TV professional about auto functions, she will probably say she prefers to use manual controls. That’s because while cameras can mostly work out what settings you need for focus or exposure, they are still guestimates performed by a computer chip. Professionals like total control over how their shots will look to ensure they achieve their required visual nuance.

When you use the camera in a smart phone, you won’t have access to manual controls. Most functions are automatic. Even apps that offer manual focus still rely on elements of automation to make it work. So, you have to work with auto controls even though it’s not the best way to get the video you want.

Auto functions also present another problem. They re-adjust every time something changes. For example, if you pan the camera, it will often re-adjust the focus during the shot. Having a refocus mid-shot looks tacky and distracts from the learning and increases cognitive load. The same thing happens with exposure – pan quickly from the dark part of a room to a lighter space and you’ll see the adjustment happen in front of you.

Some camera apps will compensate for this but if you don’t have an app that lets you set the focus or exposure, you need to trick the camera into not readjusting. The best way to do this is to zoom out, set your camera to wide and keep it there. Many cameras get confused about what to focus on and what exposure setting to use when the camera is zoomed in.

While we’re talking about zooms, it’s a good practice to avoid the zoom function on small cameras. Most cameras use digital, not optical, zooming. Digital zoom must compensate for not having enough detail to capture the shot when zoomed in, so, as a result your shots will be heavily pixilated. They’ll look they’re made up of lots of little square dots. This doesn’t look cool. So, what do you do when you need a close-up? Don’t fill the screen by zooming in. Literally move the phone closer so the object fills the screen.

People often zoom while the video is recording, to create a sense of movement. The zoom is one of several camera movements often seen in films and TV shows. Other camera movements include panning from left to right, physically moving the camera closer to an object or drawing away (known by professionals as a dolly shot,) and tilting the camera up and down.

It can be very tempting to incorporate camera moves into your training video. But pans and zooms can look jerky and stunted when users have bandwidth challenges that cause the video to stop and start. And they can confuse the auto functions on the camera, causing focus or exposure readjustments mid shot. They also cause some limitations in editing, but that’s another conversation. The rule of thumb is, avoid camera moves unless they have a narrative purpose.

Of course, camera movements can sometimes be unintentional. It’s virtually impossible to hold the camera steady. Hold your camera with both hands, or better still get a stand or selfie-stick with a stand to minimize camera movement. Shaky camera work looks tacky and undermines the professionalism of your shots. I know this comment may ignite a chorus of objections from folks who like ‘hand held camera’ in cinema for its edgy, artistic value. But we’re not doing art, we’re doing learning.

Video as a communication modality is driven by the pictures. But audio is still very important to support its messaging. As such, poor audio will make your video feel unprofessional. When shooting on a phone camera, you start off with a distinct disadvantage – the microphone is built into the camera.

There’s an old rule with microphones – the further your microphone is from the person or sound you are recording, the more of the atmosphere and background noise you will record. And the less you’ll hear the person talking. This is true for any video camera.

To get good audio of someone talking, you need to get the microphone close to their mouth. But if you’re filming someone speaking, you’ll most likely be no closer than 6 to 8 feet from them. So how do you overcome this?

The best option is use an external microphone. Clip-on mics, designed specially for video shot on phones, are affordable and easy to use. When you buy one, make sure it has a plug for mobile devices. If you don’t have an external mic, the only way to get clear audio is get your camera close to the person talking – within three or so feet. It’s not ideal because it limits “talking shots” to close-ups but it’s simply the way it has to be.

Another audio problem when filming any type of video is background noise. Maybe you’re in a location where canned music is playing in the background. Or perhaps the traffic is loud, or the air conditioning noise is overwhelming. There is no easy way to remove this noise once you have shot your video. Sure, there are software tricks like noise removal, but these never work well, and your audio will always be compromised. The only way to avoid these problems is move somewhere with no background noise.

Making great video is easier to talk about than to do. But with practice, the techniques to shoot good video can be quickly and easily learned regardless of the phone you use and without any fancy apps. Of course, effective training videos that cause learning are more than just a collection of well-shot images. Video that leads to learning also requires a clear learning objective, good planning, and careful editing.  But those are topics for another time.  In the meantime, good luck filming with your smart phone!