You are here: Home › Industry Insights › Curated Industry Content for the Week of 05/30/16 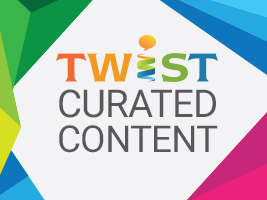 Every Monday we curate a number of articles and blog posts that have relevance to members of the eLearning Guild Community, and to the learning and performance field as a whole. Each piece of content that we share includes a brief introduction from the member of the Guild Community sharing why they think the content is important.

How the Toronto Symphony Orchestra uses graphic design to guide its audiences though its music by Mark Sinclair
When it comes to creating supports that help people learn, many of see the world through the lens of instructional design. While instructional design is important and has it’s many uses, it’s important that we remember that there’s a much wider scope of design that can provide learning opportunities and performance support. This post highlights just such an example – the use of graphoc design to help audience members understand and follow the music of the Toronto Symphony Orchestra. -David Kelly

New study investigates why we hate digital assistants like Clippy by Anna Green
It’s hard to think of a digital assistant hated more than Microsoft’s Clippy. While his tone and habit of offering help when you didn’t need it was clearly part of why he was so detested, a recent study suggests that there may have been something more contributing to people’s annoyance: a general dislike of digital assistants. While anything that’s just a single study should be taken with a grain of salt, it’s still worth taking a closer look at if you ever use avatar assistants in your work. -Bianca Woods

Star Wars: A New Hope Infographic by Martin Panchaud
I always enjoy it when someone can take an experience that is widely known and create a new experience through a new perspective. It enables a “compare and contrast” experience that is very powerful for learning. When it comes to experiences that are known, you could hardly do worse than the original Star Wars movie (Episode IV, A New Hope). Most of us have seen the movie and know the story very well. So how do you transform the experience? By telling the story through a single gigantic infographic-like picture. It’s an impressive feat, but I share it more as an example of someone transforming a known narrative into something new.-David Kelly

Don’t panic! $130 Babel Fish-like gadget fits inside your ear to translate foreign languages in real-time by Sarah Griffiths
Performance support is about providing support to people as they perform a task, rather than interrupting the task so the person can learn how to do it. This article explores an emerging technology that provides the ultimate example of performance support in practice – the pilot. This device claims to provide real-time translation of different languages via an earpiece, enabling two people to understand one another even if they are speaking different languages. It’s a great example of performance support in practice.-David Kelly

This War of Mine gameplay trailer – THE THINGS THAT TAKE US BACK via 11 bit Studios
Games can teach us many things – problems solving, strategy, and more. Most of today’s hottest console games package these experiences into summer-movie-like blockbusters full of excitement and superhuman characters. This Ware of Mine is different. You don’t play as the soldier winning the war; you play as the civilian caught in the middle. It shines a light on the horrors of war in ways few games before have done. If you watch the trailer, you’ll see some of the typical game mechanics in play, but you’ll also see elements that tap into moral horrors of war in a way that could ultimately make the player see war through a new lens. (Warning – the game does not shy away from the realities of war and the game depicts that. Some aspects of the video may be unsettling to certain viewers.) -David Kelly

What are you reading?

If you have an article, blog post, or other resource that you think we should consider sharing in a future Curated Industry Content post, please feel free to send a link to the resource to David Kelly along with a few sentences describing why you think the resource is valuable.