Pre-Orders for the Apple Watch start Friday April 10th, and I plan on being one of those people sitting at his computer, waiting for the floodgates to open so I can get mine right away.

This post explores seven reasons why I’ll be ordering my Apple Watch as soon as I can. 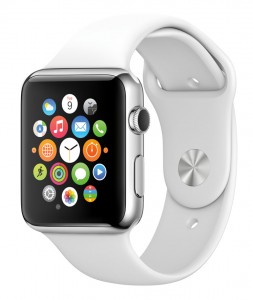 Let’s get this one out of the way first. I like new toys. My wife would likely tell you that this list should start and end right here. There is some truth to this point – I do like to play with shiny new gadgets. But I’m also pretty frugal, and don’t like throwing money away. The truth is my interest in the Apple Watch goes much deeper than the surface level of “Oooo… Shiny!”

I Want to See How it Changes Consumer Behavior

This is my primary interest in Apple Watch. There are certain technologies that naturally disrupt the status quo, forever changing how we consume information and interact with the world. The Apple Watch is likely the first salvo in the next disruption – the explosion of wearable technology on society.

The consumer market in this space is ready to explode, and the devices and software powering this disruption has the potential to change how consumers interact with the world once again. As a learning and performance professional that’s something I feel very invested in. After all, if the ways in which people use technology to interact with the world shift, the expectations for how technology should support learning and performance will evolve accordingly.

But there’s one word in the heading “I Want to Explore How it Can be Used for Learning and Performance” that’s truthfully more important than the others. That word is CAN. 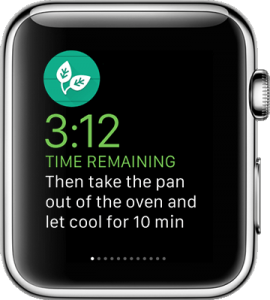 While I am interested in seeing learning and performance applications on Apple Watch, I’m much more interested in the potential applications the device makes available. Too often we look at new technologies as a new portal through which content can be accessed. While making content accessible and responsive to any device in an appropriate way is important, I think approaching new technologies with that limited mindset is a mistake.

We need to look at Apple Watch, and any new technology for that matter, as a new way of interacting with the world. Through that lens we can explore how the world is different with this new technology in it, and what new opportunities for learning and performance support emerge that were not possible before.

I Want to See How it Interacts with the IoT

While wearable technology gets most of the press in terms of technology that will disrupt the status quo, there’s an even more disruptive technology not too far off – the Internet of Things (IoT).

In some cases the IoT is already present, but right now we’re just seeing the tip of the iceberg. As more and more aspects of the physical world get connected, there’s going to be more and more opportunities for the world to interact with individuals. Devices such as Apple Watch will be a natural connection point that continuously blurs the lines between computers, individuals, and the world.

I Want to See How it Can Improve My Health

The health applications are the most common applications of wearable tech in the consumer market, and it’s not surprising to see Apple Watch emphasizing it’s value in this area. But my interest in Apple Watch’s fitness applications aren’t to see how far and fast I run or in how many calories I can burn. That sort of data interests me, but my core health interests are much, much less exciting than that. 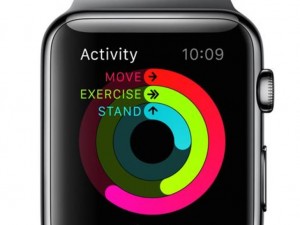 My role at the eLearning Guild is a remote position, so the vast majority of time I’m working from home. That means that my “commute” consists of a short walk from the main living space to the office. And I’m admittedly a pretty focused worker – long hours filled with phone calls, computer work, and meals at my desk.

This doesn’t lead to the most active of workdays, and after a couple of years, I’ve realized that I need to change my routine when working from home. Of course, this is much easier said than done.

I think Apple’s approach to fitness can help with this. That fact that it can track time moving, exercising, and standing is important to me. My hope is that wearing an Apple Watch will be like having an ever-present coach that will literally tap me on the wrist and essentially say “Hey David! You’ve been sitting too long – get up and do something”.

It’s not tracking a 5k run, but during a 10+ hour desk-based workday, it’s arguably even more important.

I Want to See How the “Connected While Mobile” Experience Shifts

We’ve all seen the pictures of groups of people looking down at phone screens seemingly oblivious to the world around them. I myself rarely do one thing when I have my phone out. I may pull it out because I receive a text, but even if I don’t respond instantly to the text I still see other notifications from facebook, Twitter, and other apps… and get pulled in. There’s been a lot of writing of late exploring the amount of time that is lost on mobile phones beyond an initial need.

I’m curious how Apple Watch might change that. If I get a tap on my wrist and I can check a notification with a simple glance, the likelihood of my disengaging from whatever I was doing to interact with my phone is substantially less. This potential –  a streamlined definition of what it means to be connected when mobile – is an important conversation to follow.

Participating in the Conversation

It’s a conversation all in our field should be participating in.

To fully immerse yourself in the conversation, consider joining us at the mLearnCon Conference and Expo or the Performance Support Symposium in Austin this June. Both events will be focusing in how technology is changing the ways we support learning and performance, and the growing wearable technology conversation will have a natural presence at the event. I and others will be sharing initial impressions of exploring the device, and the new opportunities this technology provides for mobile learning and performance support .